Why 2020 Will Be Another Great Year to Sell Your Home (If You Hurry!

If you procrastinated selling your home in 2019 like a college student putting off a term paper, you’re in luck: the professor granted the whole class an extension.

At the start of 2019, the window to cash in on a hot housing market appeared on the brink of slamming shut. Inventory fattened up to the tune of a 10% rise in the nation’s largest markets. The average 30-year fixed mortgage rate stood at 4.45% which felt to many borrowers like highway robbery compared to preceding years. And by early summer, talks of a 2020 recession took over the news and stirred up a lot of worry.

But these indicators turned out to be red herrings for how 2019 would end and the way this year would begin.

As a result, expectations for real estate got flipped on their head. Here are 5 clear reasons it’s not too late to sell your home in 2020, tips on how you can take advantage of this “bonus” year no one saw coming, and what to do (hustle!) knowing that rarely will you get the grace of an extension twice…

1. You’ve got the economy on your side.

In 2019 the U.S. economy survived an inverted yield curve, many impassioned tweets about the trade conflicts with China, and doubts over how long it could expand without breaking. By November, it said — “trust me, I’m doing fine. Here, take these 266,000 new jobs for good measure!”

What’s to explain this unprecedented economic growth, which keeps people happy, working for that paycheck (hello, 3.5% jobless rate), and confident in making big purchases like a house?

Economists from Goldman Sachs point to aftereffects from the housing crisis: Americans were so spooked by what happened in 2008 and 2009 that they’re now super cautious with their spending; this responsible behavior has underpinned the expansion with financial stability and balance. Hence, the atypical expansion-recession…expansion… expansion cycle that’s playing out now.

Remember, though: no one has a crystal ball. Forecasts to any extent are conjecture. A Bloomberg report notes that though the odds favor another year of economic growth, “no one is betting the farm on it” (so… don’t bet the house either!)

“I don’t believe we’re going into a recession, but I believe we’re hitting a softening of the market where prices will remain stable or lower slightly, and seasonal cycles will affect sales even more,” predicts Liz McCarthy, a top agent located in Marin County, CA.

Add to the mix the stock market uncertainty that will accompany what is sure to be a contentious presidential election, and the outlook for selling a home in 2020 seems to be strongest early in the year. Now’s not the time to push your luck and dawdle on account of never-ending economic prosperity.

2. You’re sitting on a goldmine.

Americans are house-rich right now. Tappable homeowner equity (defined as the amount of equity a homeowner can borrow against before reaching a maximum total combined loan-to-value of 80%) hit an all-time high of $6.3 trillion in the second quarter of 2019, 26% above the mid-2006 peak of $5 trillion, according to a report from Black Knight.

Equity among mortgage holders (about 63% of all homeowners) also hit a record high in the second half of 2019 — the average borrower gained $4,900 in equity in one year, or a collective $428 billion.

Have you had your home valued lately? You could be looking at a boatload of cash thanks to the wild price run-ups of the housing recovery. The National Association of Realtors (NAR) reports that median prices for existing homes of all types have increased year-over-year for an incredible 93 straight months(!).

According to data from CoreLogic’s Home Price Index report, national home prices have increased 62.5% since March 2011. So if you bought a home about a decade ago for $250,000, it would be worth $406,250 if it appreciated at the national average rate. Cha-ching!

And while the pace of that price growth is beginning to slow, overall home prices are still holding steady or climbing: The S&P CoreLogic Case-Shiller Index reported a respectable 3.3% annual gain in October.

Among the cities included in the Index’s 20 City Composite, the Sun Belt cities of Phoenix (+5.8%), Tampa (+4.9), and Charlotte (+4.8%) posted the highest year-over-year gains, while analysts say the market could be “primed for reacceleration” in 2020.

The bottom line is that whatever happens with prices this year (whether it’s moderate or rapid growth), it won’t cancel out any appreciation you racked up during the post-recession boom.

3. Lock in a low interest rate on your next home.

In 2019, the Federal Reserve cut interest rates three times: once each during the months of July, September, and October. These rate cuts effectively reversed most of 2018’s rate increases, and mortgage rates have responded accordingly. The 30-year fixed-rate mortgage averaged just 3.9% during 2019, the fourth-lowest annual average since Freddie Mac began tracking it on a weekly basis in 1971.

Low mortgage interest rates not only fuel buyer demand for your home but also present the opportunity to lock in a potentially reduced rate on your next house, depending on where rates were when you bought.

“The economy is good, and mortgage lenders have loosened some of their requirements,” says Janet Padalino, a top agent located in Columbia, South Carolina.

“Lenders have gotten better at identifying what they need to do for buyers to help them get the homes they want, and Realtors are more educated about new lending laws.”

The 30-year fixed rate currently averages as low as 3.72% as of Jan. 2, 2020, according to data on Freddie Mac. This gives many homeowners a window to downsize or trade up without fear of losing their low rate if they locked in several years ago.

4. A shift toward a more balanced market will not translate to a buyer free-for-all.

From 2015 to mid-2018, homeowners across the country enjoyed the perks of a hot seller’s market — if you put your house up for sale, you’d likely ignite a bidding war with little prep work and have to make very few concessions between offer and close. However, by 2019, more cities started to shift to a leveled playing field between buyers and sellers.

According to HomeLight’s quarterly Top Agent Insights surveys for 2019, 63.2% of agents across the country characterized their local conditions as a seller’s market in Q2 of last year. By Q4, that percentage dropped to 48.0%. However, don’t confuse the transition to a more balanced market as a totally buyer-friendly environment.

Sure, you may need to go into your 2020 home sale prepared for some negotiations, especially if your home is in a higher price tier where demand is softer and price growth isn’t quite as strong. But the reality is you’ve still got one market fundamental on your side: supply and demand (which brings us to the next point…)

The inventory shortage lives on. There are still more buyers out there looking for homes than there are homes available to buy, and that means you hold a lot of cards as a seller in 2020.

In HomeLight’s Top Agent Insights Survey for Q4 2019, nearly half (46%) of agent participants reported inventory was lower than they expected, and nearly 40% said that the inventory shortage was the No. 1 factor impacting real estate markets across the country.

According to NAR’s existing-home sales data, the total available U.S. housing inventory at the end of November 2019 was 1.64 million units, a decrease of 7.3% from the previous month, and a reduction of 5.7% year-over-year.

NAR estimates that at the current pace of sales, it would take only 3.7 months to sell through the existing supply. A 6-month supply generally reflects a market balanced between buyers and sellers — which means that the current inventory levels are still much in sellers’ favor.

Maureen Connolly, a top agent in Westchester County, NY, puts this into perspective, “There’s very little inventory. Houses that are priced correctly and show well get multiple offers. It’s a great time to be a seller.”

Padalino adds, “I’ve had multiple offers on a house within two hours of listing, sight unseen.” She says if a house listed for sale shows well and is priced correctly, it rarely stays on the market for longer than 30 days.

But what if there’s a building boom and a sudden glut of shiny new homes arrives on the market? The amount of new construction contributing to inventory levels varies according to region, but overall, the number of new houses becoming available for sale across America remains on the scarce side.

The Census Bureau announced a seasonally-adjusted rate of 883,000 single‐family housing completions nationwide in November, and a total of 719,000 new houses sold. With building permits and housing starts increasing by a modest 1% to 2% each month, with sales of new homes keeping pace, inventory is tight.

For homeowners looking to sell in 2020, the lack of new inventory will no doubt work to their advantage.

Connolly sums up the 2020 outlook as follows: “Anything can happen any day, but right now it’s a great time to be a seller. If this is a good time for you, I would not hesitate.” 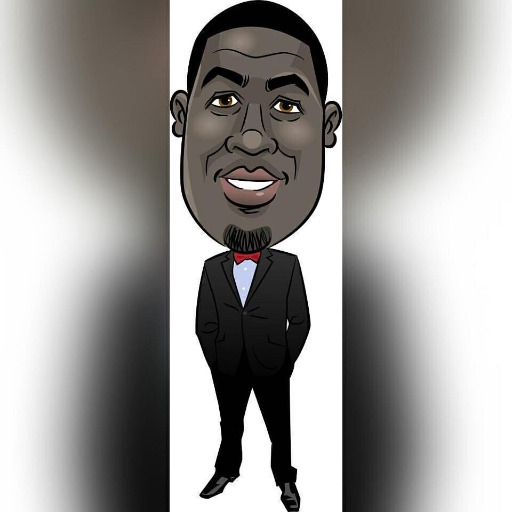 I’m Steven Thomas. I am a realtor and managing partner for Refind Realty. I started my career as a financial planner before moving into personal banking. I earned several Million Dollar Club awards ....

Why 2020 Will Be Another Great Year to Sell Your Home (If You Hurry!

If you procrastinated selling your home in 2019 like a college student putting off a term paper, you’re in luck: the professor granted the whole class an extension.At the start of

Make the Dream of Homeownership a Reality in 2020

In 1963, Martin Luther King, Jr. led and inspired a powerful movement with his famous “I Have a Dream” speech. Through his passion and determination, he sparked interest, ambition, and

According to an Urban Institute study, homeowners who purchase a house before age 35 are better prepared for retirement at age 60.The good news is, our younger generations are strong

Should you require assistance in navigating our website or searching for real estate, please contact our offices at 972-543-0910.

By registering, you agree to our terms of use and that real estate professionals and lenders may call/text you about your inquiry, which may involve use of automated means and prerecorded/artificial voices. You don't need to consent as a condition of buying any property, goods or services. Messages/data rates may apply.